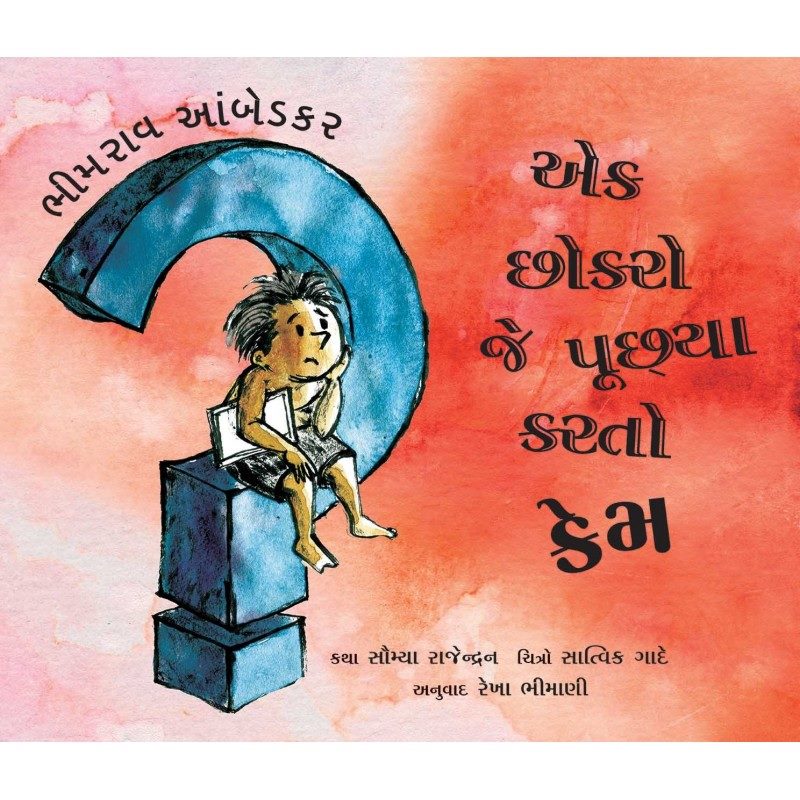 Here is the Amazing Book Review by Shri Amit Menon.

Among the legends of the fish is the familiar tale about the ones who are unaware of the water in which they swim. There is another tale, less familiar, about a confident subset who deny the relevance of water on the grounds that they are now airborne beings. The less familiar tale has an unfortunate human parallel. The anthropologist Joan Mencher, after her detailed study of the caste system in India, dryly notes in her concluding paragraph:

“One meets today in India, as well as abroad, many Indians who with all sincerity will state that the caste system no longer operates, at least in the cities… It is significant that none of the persons who have said this to me is a member of the lower castes.”

Fortunately, not everyone is in denial. Nor is the situation beyond remedy. The Boy Who Asked Why, an illustrated biography of Dr Bhimrao Ambedkar, describes the terrible human costs of the caste system on one life, but it also offers hope. Despite every attempt of our system to throw away this brilliant, sensitive young boy’s life, the book describes how Dr Ambedkar triumphed and led millions of his countrymen to a better life, but also, as architect of the country’s constitution, institutionalized that hope.

Gade’s carefully imagined illustrations are an integral part of the book. The people look like people, and the artful use of scale and perspective reflect how a child might see a situation. For example, in the illustration showing young Bhimrao in the classroom, the teacher is drawn many times larger than the students. The illustrations evoke that small sadness which always seems to hang about watercolour sketches.

Rajendran begins with the cricketer Palwankar Baloo, one of young Bhimrao’s heroes. This is a clever choice, since the example prefigures Dr Ambedkar’s eventual success and pulls children into the story via sports. The book has other such clever decisions. For a boy who asked why, young Bhimrao never actually asks why in the text; the word “why” appears solely in the illustrations. That’s because “why” is the forbidden word that can topple any corrupt system. 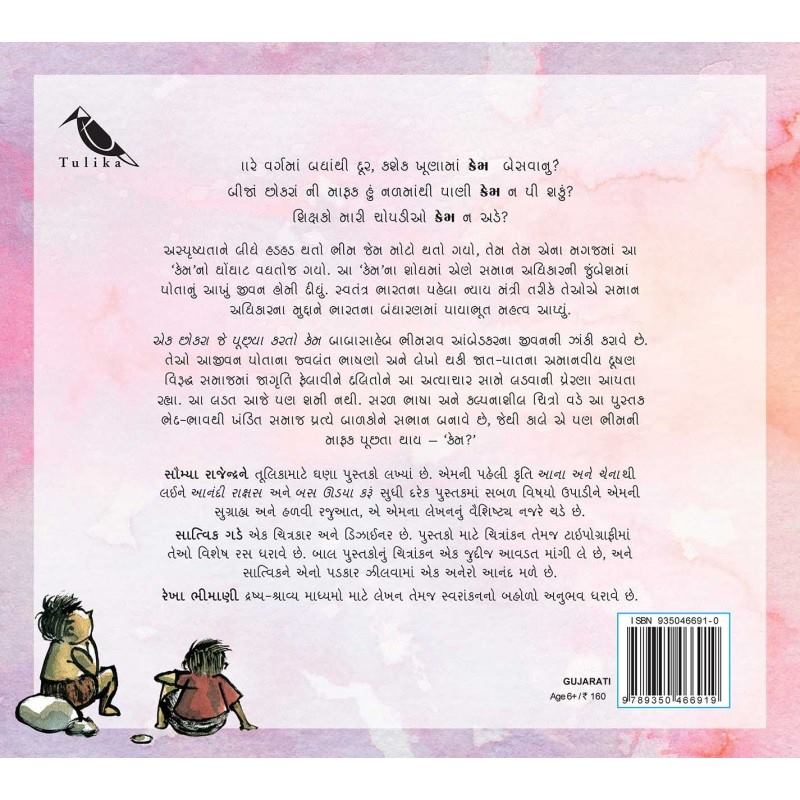 Young Bhimrao learns very early that he lives in a world where his presence can pollute even water. Later in the text, Rajendran narrates how even after earning a PhD and becoming a beloved teacher at a school, other teachers would refuse to share their water. Nothing has changed, and so Dr Ambedkar has to change it. As he begins to work on how the system can be changed, the word “why” disappears from the illustrations as well. The lesson is clear. It’s no use asking why if the question isn’t followed with how.

Not including the introductory page, I counted nine pages that are devoted to the “why” and only four pages to the “how”. I would have preferred a little more emphasis on Dr Ambedkar’s activism. The “how” part felt a bit rushed. There is also no mention of how he persuaded tens of thousands to convert to Buddhism. Why?

One other issue bothered me. We’re told the young Bhimrao imagined the caste system as a kind of ladder. Strictly speaking, it is a metaphor the mature Ambedkar used, and he used it to make a specific point. A ladder is intended to help us climb. A ladder that fails at this task is to be discarded. Indeed, Dr Ambedkar’s guru, John Dewey, often talked about discarding the metaphor of the evolutionary ladder, namely, the Aristotelian idea that life evolves, and is organized as, from low to high. Dewey, like Darwin, saw the world as a tangled bank, with interdependencies, but no hierarchies of greater and lower. I’m glad that the illustration reflects this to some extent. The young Bhimrao is facing the ladder placed to his left, but to the right is a tree with a solitary red bird perched on a branch (the bird has a rather suspicious resemblance to the Tulika bird). That tree and its bird makes an appearance on the last page as well.

All of this is wonderful, but I fear children may leave with the idea that the only problem with the ladder is that it needs to be made to work as a ladder. That wasn’t Dr Ambedkar’s intent at all. He knew the ladder was a delusion; it had to be gotten rid of altogether. It seemed to me the book hesitates on this point.

That said, I greatly enjoyed this book, and if it were up to me, I would gladly place a copy in every child’s hand. We must not continue to make the mistakes of the fish.