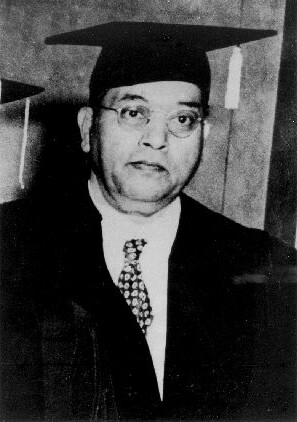 It’s a time for Board exams, but have you ever imagined that what is the qualification of Baba Ambedkar just for fun we have shared some of the degrees of Baba saheb ambedkar. He is a one of the finest learned man of his time.

5. M.A, 1915 Majoring in Economics and with Sociology, History Philosophy, Anthropology and Politics as the other subjects of study.

(1922-23, Spent some time in reading economics in the University of Bonn in Germany.)

9.  DSc. 1923 Nov London School of Economics, London ‘The Problem of the Rupee – Its origin and its solution’ was accepted for the degree of DSc. (Economics).

11. D.Litt (Honoris Causa) 12-1-1953 Osmania University, Hyderabad For HIS achievements, Leadership and writing the constitution of India

During Ambedkar’s time at Columbia he would sit for hours studying in *Low Library*; the rotunda then housed the main reading room. His *coursework* during his three years (including summers) at Columbia consisted of: 29 courses in economics, 11 in history, 6 in sociology, 5 in philosophy, 4 in anthropology, 3 in politics, and 1 each in elementary French and German.