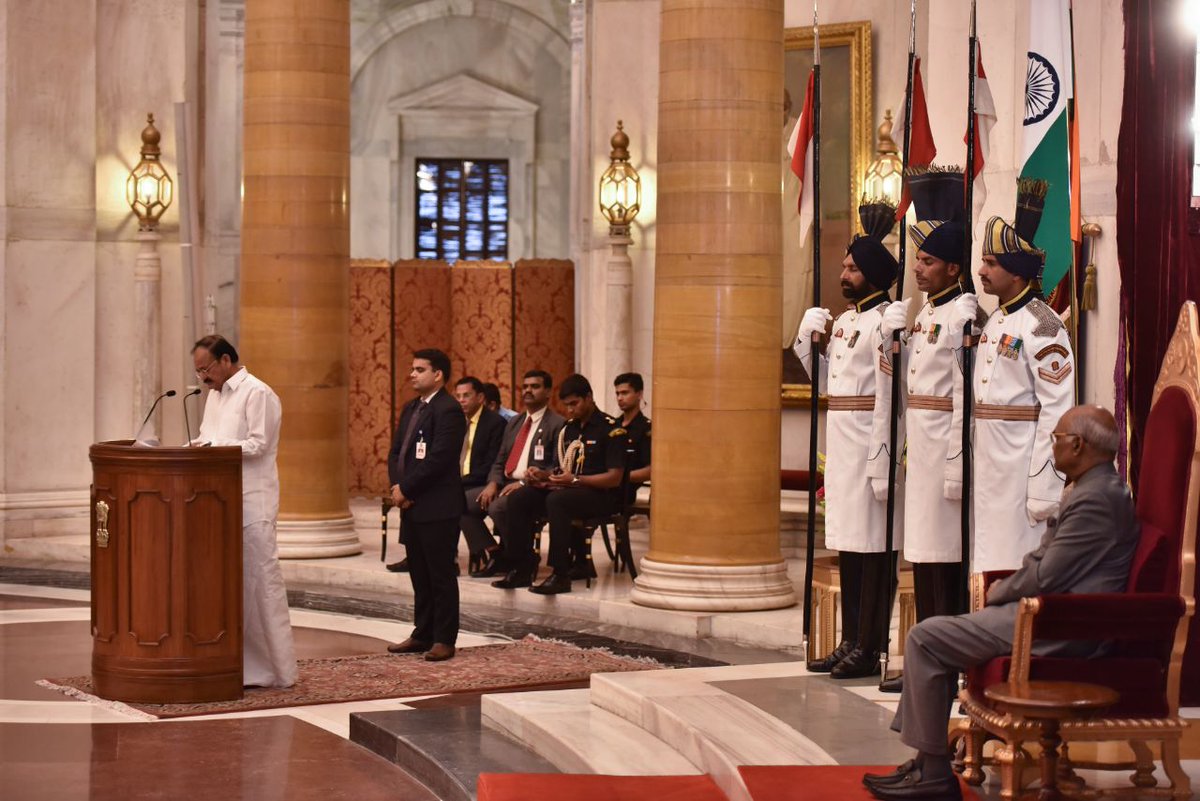 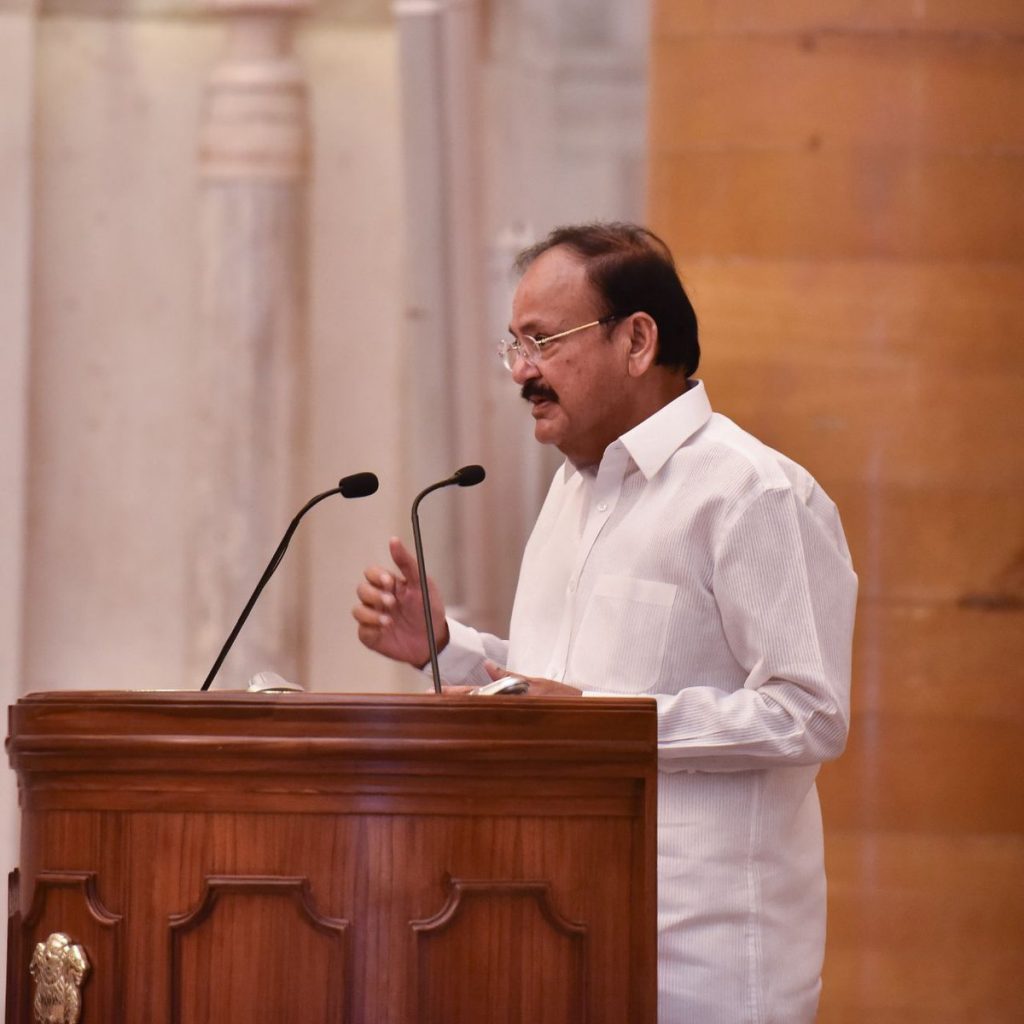 ” Dr. Ambedkar is an icon for New India.

A lawyer, an economist, a teacher, a philosopher, a social visionary and a statesman – Dr. Ambedkar is the symbol of excellence that every Indian is inspired by.

Dr Ambedkar’s thoughts have left an indelible, lasting footprint on the sands of contemporary Indian history.

He symbolizes how every individual despite the hardships in his life can achieve great heights. And more than that, he epitomizes how one’s talents can be used to shape the lives of millions of people by dedicating oneself to nation building.

Dr. Ambedkar is an icon for New India and his thoughts are the guiding ideal for us.

As the Prime Minister says, every poor man and woman from marginalized sections of society who has succeeded owes it to Babasaheb and his work. As he said, there would be no Modi, without Ambedkar.

PM Modi does not see Babasaheb only as a symbol. Rather he sees his life and his work as a roadmap towards the ‘Prabuddha Bharat’ that he aimed for.

PM Modi decided to develop 5 locations associated with the life of Dr. Ambedkar as the PanchTeerth to let more people, especially the youth know about his vision and draw from it.

Dr. Ambedkar worked extensively on infrastructural issues particularly that of power-India is now the world's third largest electricity producer.
Dr. Ambedkar was also the Architect of India's Water Policy. The massive Hirakud project was a gift from Babasaheb Ambedkar to India. pic.twitter.com/N5eLMdHs7P

We are indeed fortunate that the country is being led by a visionary leader like Narendrabhai Modi who has not only been inspired by Dr Ambedkar’s grand vision but has made it a mission to integrate this vision into the overall governance of the country.

Babasaheb was an unabashed and vocal supporter of industrialization.

Make in India along with promoting Ease of Doing Business, has finally unlocked this latent potential.

World’s second largest steel producer and fourth largest automobile market. India is the 2ndlargest producer of mobile phones and this is just the beginning of the India story.

Babasaheb Stressed on education and economic empowerment of the Dalit communities – 5.7 crore underprivileged students received scholarship in the last 4years. Nearly 50% beneficiaries of the MUDRA Yojana are from the SC-ST-OBC communities

Babasaheb -believed India of the future should be one where people have the best opportunities to move to urban areas and prosper- Today, programs like the smart city mission and AMRUT intended to build inclusive and sustainable cities where human dignity,

Dr. Ambedkar is also the Architect of India’s Water Policy. The massive Hirakud project is a gift from Babasaheb Ambedkar to India.

He imagined an India with vibrant waterways, expanded irrigation facilities and surplus power. From the Jal Marg Vikas Project to the Ro-Ro Ferry to 111 inland waterways across 24 states, the government is committed to fulfilling Babasaheb’s dream of India as a strong maritime country.

Dr. Ambedkar who was the first person to think of making workplaces more women-friendly, fought for 8 weeks of maternity leave for women which now have been increased by the government to 26 weeks.

Nearly 9 crore women entrepreneurs and mostly from the SC-ST-OBC backgrounds have changed their lives through the MUDRA Yojana and have also been creating jobs for others.

The BetiBachao, BetiPadhao Yojana has helped in changing the skewed sex ratio

Matritva Suraksha Yojana has given a life of dignity and security to lakhs of pregnant and lactating mothers.

The Prime Minister’s call for building a new India is an amplification of Dr Ambedkar’s vision of a society that is not torn apart by casteism, communalism and other fissiparous tendencies.

It is an India that cares for each individual and moves ahead as Team India. And true enough, we as a nation have taken rapid strides in the recent years. We must keep up the momentum.

As Narendrabhai Modi keeps translating the dreams of our founding fathers like Dr Ambedkar into reality, let us, on this auspicious day, rededicate ourselves to improve the quality of our polity, to be attentive to the feeble voices, to enrich the quality of life of all Indians.